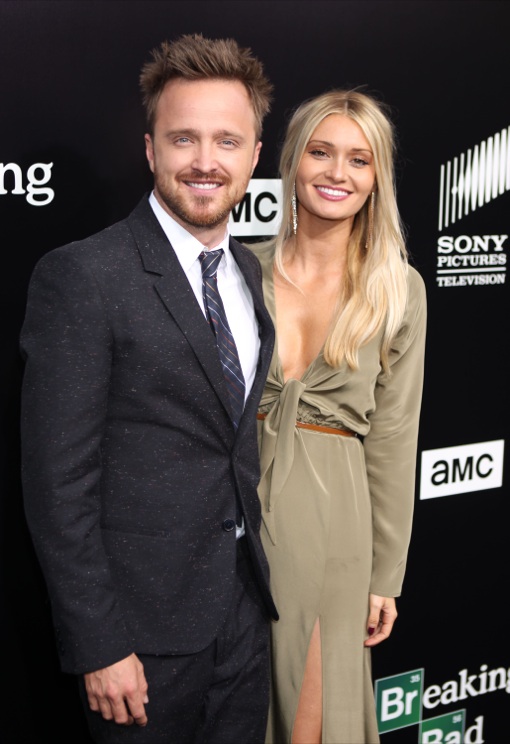 “Lauren and I definitely want to have kids. No rush. All our future children will be very lucky to have her as a mother,” The Breaking Bad actor told at the Academy of Television Arts & Sciences’ Performers Peer Group Reception in Hollywood on Monday.

Married for three months, Paul insists he will always be enamored with his wife.

“Let me tell you, my friend, I will be in the honeymoon phase until I leave this planet. Getting married to Lauren was the greatest accomplishment of my life. I will be forever grateful,”  he gushed.

The three-time winner of an Emmy award says he would like costar costar Jonathan Banks, who played Mike Ehrmantraut on the AMC drama to win this year.

“I had my time up there,” he says. “It would be amazing to be called up again. But I want to see Jonathan Banks cry on stage. I guarantee he will. He plays such a tough guy, but he wears his heart on his sleeve. He’s a softie.”

Breaking Bad airs on AMC at 9pm EST each Sunday.

Family Fun: Be a Tourist In Your Own City

Aaron Paul Looks Forward to Having Children With His Wife