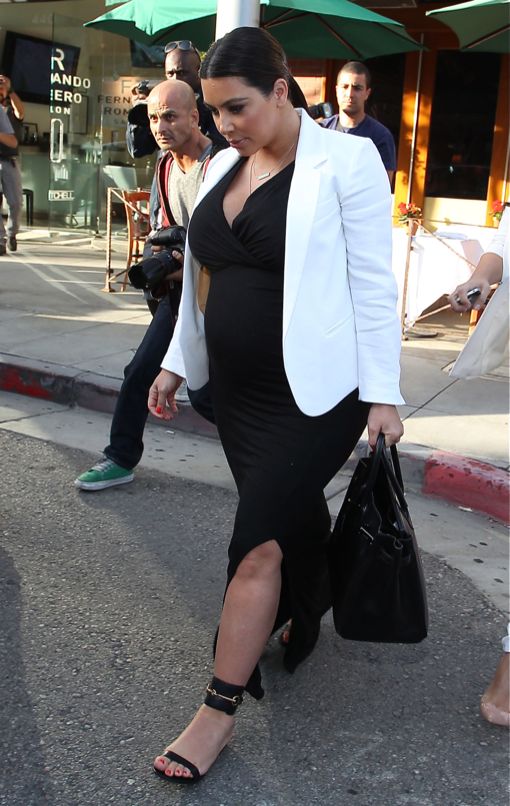 Kim Kardashian enjoyed a girls day out while lunching at La Scala restaurant with a friend in Beverly Hills, CA on Friday (May 25).

The reality star wore a white blazer and a form fitting maxi dress. She accessorized her look with a large black bag and  black flats to ease her swollen flats. Apparently, Kim has convinced Kanye West to attend her baby shower.

Kim had to beg Kanye “to stop by the baby shower which is taking place on June 2. The baby shower will be filmed for Keeping Up With The Kardashians, and he just doesn’t want to appear on the show at all, period,” a source told Radaronline. “Kim nagged him until he agreed when she said it would look really bad if he didn’t show up. Kanye thinks it’s silly to even go to the baby shower since he will be the only man there. He will be there for less than ten minutes, tops. It was important to Kim that he go, so he agreed.”

The new season of the show airs June 2 on the E! Network.