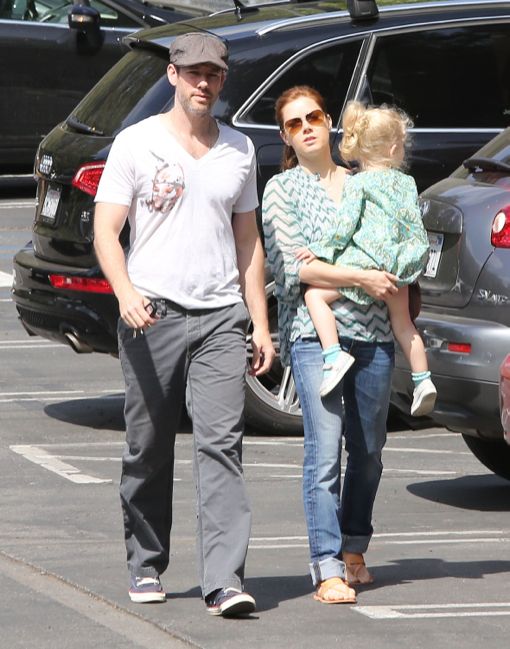 Amy Adams was spotted heading for breakfast with her partner Darren Le Gallo and their daughter Aviana in Studio City, CA on Friday (May 24).

”I have always identified with Lois. She is suited to my personality. When she came up for the third time, I was like, ‘Okay, this is ridiculous. I have to play Lois,” she told Empire magazine. ‘‘I know other people have played the role, and others will play the role after me, but this was me putting my stamp on it.”

The movie hits theatres on June 14 in the United States.