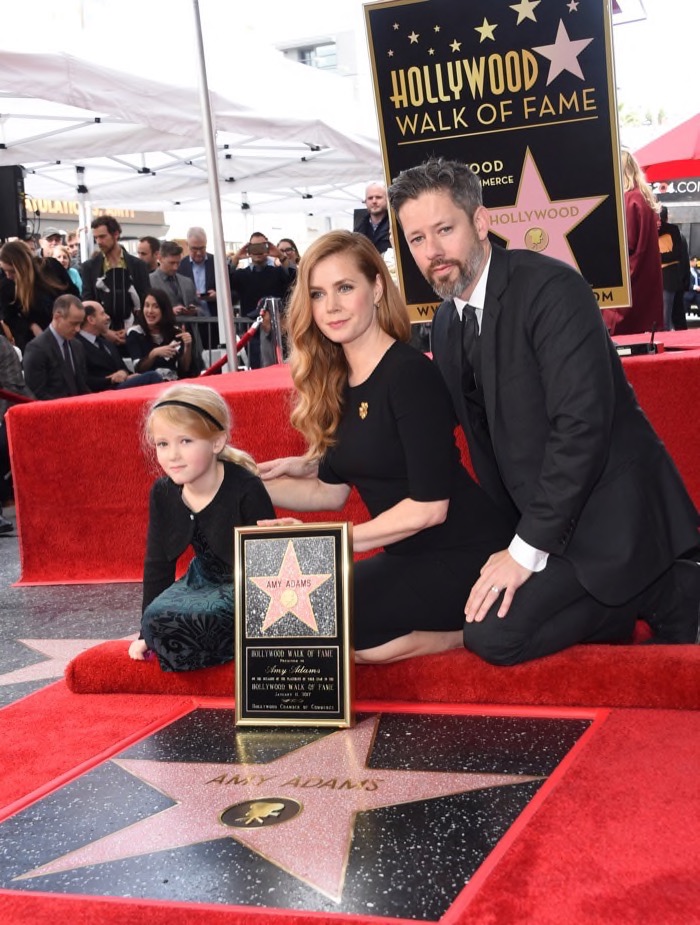 Amy Adams received a star on the Hollywood Walk of Fame in Hollywood, CA on Wednesday (Jan. 11).

With her for the special occasion was her husband Darren Le Gallo and their 6-year-old daughter Aviana. Her Arrival co-star Jeremy Renner and the film’s director Denis Villeneuve were also on hand to honor her work.

Adams glowed in a black dress that she accessorized with a gold broach and matching heels. Her family joined her while posing next to the newly minted star.

“I fully expected this morning, when I woke up, that I’d have all this time to, sort of, reflect, come up with a speech that was worthy of this moment. But, as life has taught me, when you lean on expectations, you miss out on the magic that is possible,” she told during her speech. “When I first drove onto the Disney lot – I think it was January 21, 1999, not that I’m keeping track – but that was my first audition in Los Angeles, and I never, ever expected that it would lead me to this moment and receiving this honor.”

In other news, the actress has signed up to reprise her role as Princess Giselle in Disenchanted, the sequel to Disney’s 2007 live action film Enchanted.