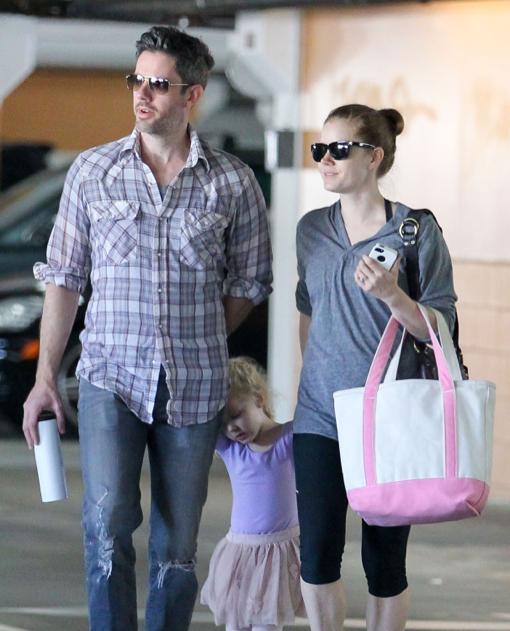 The American Hustle actress was dressed in a black sweater and knee length workout tights while carrying a bag. She held the youngsters hand along with Le Gallo.

Earlier in the week, Adams was recently honored at the 16th annual Costume Designers Guild Awards.

She was presented the Lacoste Spotlight Award, an honor that is bestowed to actors whose talent and career personifies an enduring commitment to excellence, including awareness of the importance of costume design.

“I’m just really, really lucky to have had relationships with costume designers throughout the years,” she told. “You’ve been magicians. You’ve been my therapists. You’ve been my friends. Thank you for allowing me to turn your visions into art.”

Adams is nominated for Best Actress at this year’s Oscars.