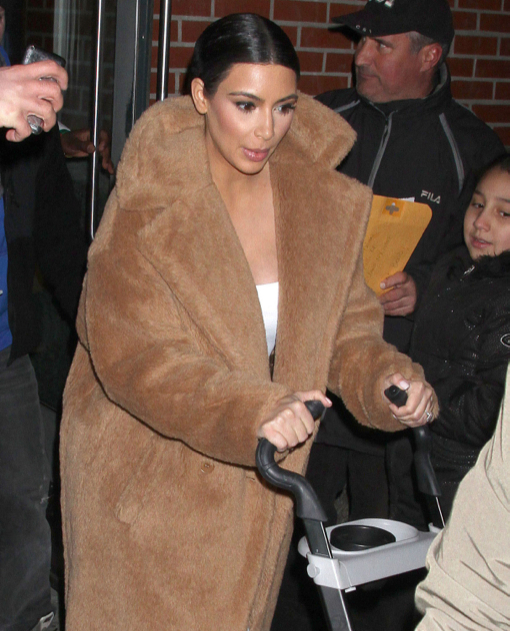 Kim Kardashian and Kanye West were seen leaving their apartment with their daughter North in New York City on Wednesday (Feb. 25).

The reality star was dressed in a oversized jacket and dress while pushing the baby’s stroller through the group of onlookers. West followed behind.

Speaking to Ryan Seacrest on his KIIS FM radio show on the same day, Kardashian gushed about motherhood.

“I’m loving life right now,” she told. “My daughter is the cutest thing ever…I’m loving being a mom.”

Kardashian is all thinking of giving North a sibling in the future.

“I don’t think I can do more than three tops. That would be my absolute top top tops,” she admitted. “Should North be an only child?’ But then I contemplate all the…fun experiences I had, so I might have to tough it out.”

Meanwhile, West wrapped up his Yeezus show on Monday.