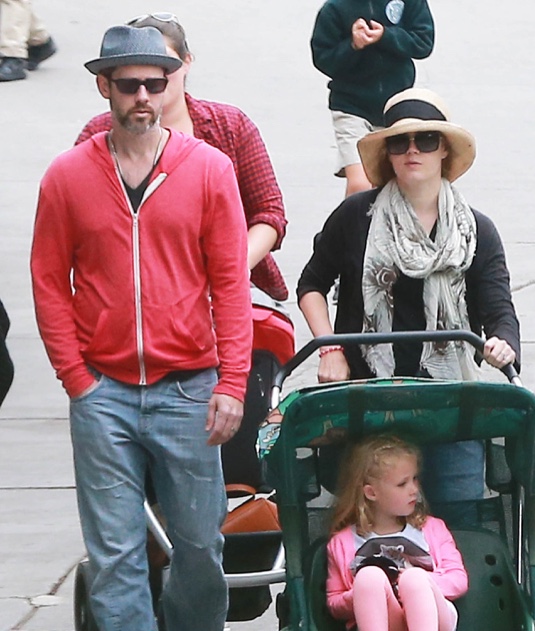 Amy Adams and her husband Darren Le Gallo were seen taking their daughter Aviana to the zoo in Los Angeles, CA on Tuesday (May 12).

The Big Eyes actress was dressed casually in a navy sweater and boyfriend jeans paired with a scarf and flats.  She pushed the youngster in a stroller while Le Gallo walked besides them.

Adams and Le Gallo tied the knot after 14 year of dating in a secret ceremony on May 2.

The couple who first became engaged in 2008, exchanged vows in front of a small number of their closest family and friends outside Santa Barbara, CA.