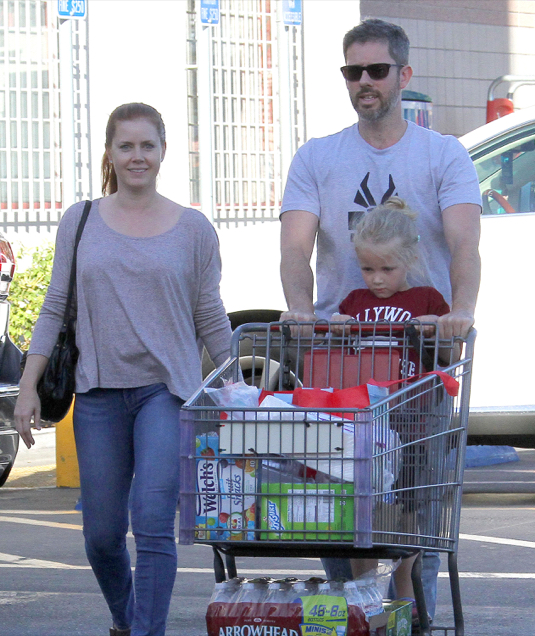 Amy Adams and her husband Darren Le Gallo were spotted grocery shopping with their daughter Aviana at Smart & Final in Los Angeles, CA on Thursday (Oct. 1).

The Big Eyes actress was dressed casually in a grey sweater and blue skinny jeans. She walked besides her husband who pushed their daughter and groceries they had bought in a cart.

A sequel to Disney’s Enchanted, which stared Adams as princess Gisele is in the works.

The follow-up to the 2007 film is reportedly entitled, “Disenchanted” and the script is in the process of being written. Anne Fletcher is still set to direct the movie.

No confirmation if Amy Adams and and co-stars James Marsden, Patrick Dempsey, and Susan Sarandon will return.

How to Celebrate Halloween With a Baby