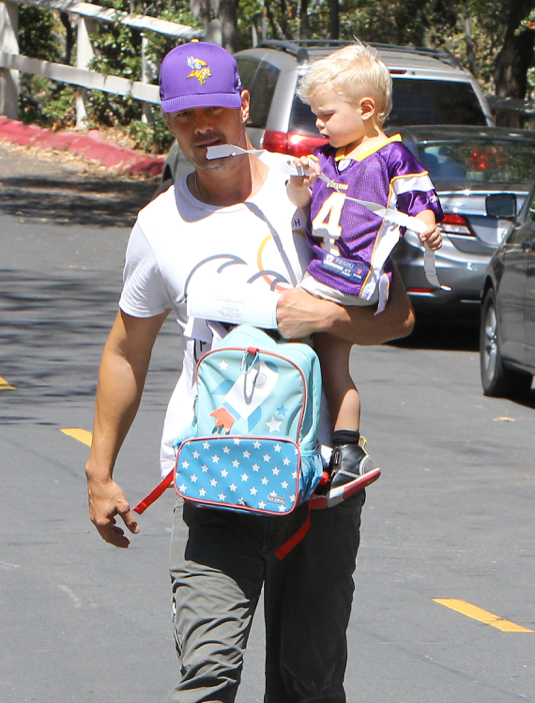 Josh Duhamel enjoyed a day with his son Axl at a  park in Brentwood, CA on Thursday (Oct. 1).

The Battle Creek actor was dressed in a Minnesota Vikings shirt and cap with army green pants. He carried the  youngster who matched him in a Vikings Jersey.

In a recent interview with Extra, Duhamel revealed that he and wife Fergie want more children in the future.

“That’s definitely something that we both want. it’s just a matter of timing, she’s about to release this album, touring and what not that comes after that, so I don’t know, I gotta sneak in there when I can.” He clarified, “Ya know, whatever town she’s in, that’s the town, I’ll sneak into.”

Duhamel and the Black Eyed Peas singer have been married for six.

31 of the Best Children’s Books For Halloween