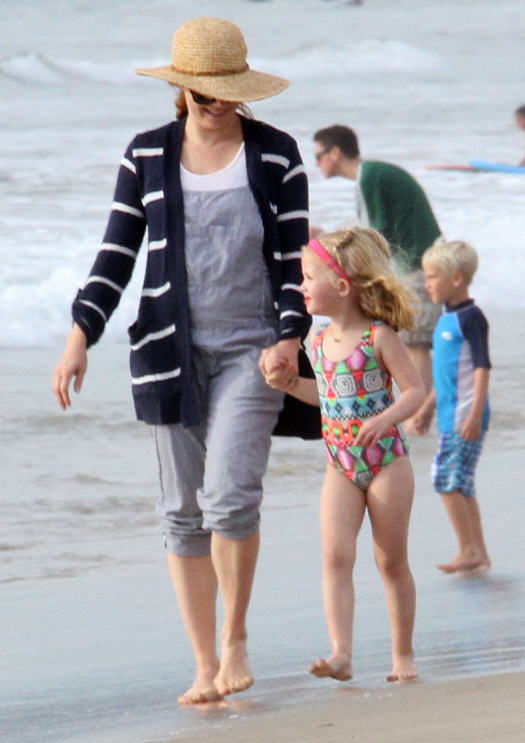 Amy Adams and her fiancé Darren Le Gallo enjoyed a day at the beach with their daughter Aviana in Santa Monica, CA on Sunday (Jan. 25).

The Big Eyes actress was dressed in a white t-shirt and overalls while playing with her daughter. The two walked in the sand before Adams helped the youngster balance on a fence.

Adams won Best Actress in a comedy for her role in Big Eyes at the Golden Globes Awards, earlier in the month.

Despite the win, Adams was not nominated by the Academy for an Oscar Award.

“Just to be part of the conversation is always a positive thing, but I’m a huge cheerleader for other actresses getting attention and getting to go, so I’m going to cheer for whoever’s there,” she said of not receiving a nomination. “I’ve been there, and I’ve been very lucky so I feel it’s time to return that favour.”

The 87th Annual Academy Awards will take place on February 22nd at the Dolby theatre in Los Angeles, CA.