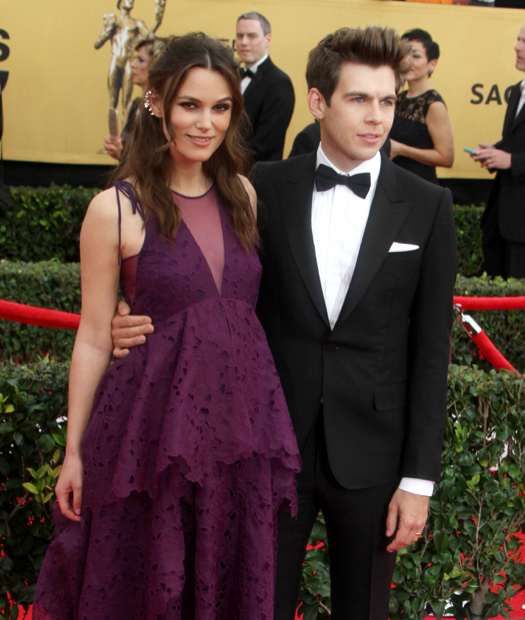 Keira Knightley and her husband James Righton walked the red carpet of the 21st Annual Screen Actors Guild Awards at The Shrine Auditorium in Los Angeles, CA on Sunday (Jan. 25).

While being interviewed, Knightley revealed that she likes to wear loose-fitting dresses on the red carpet.

“It’s boiling out here,” she told E! News. “It just means you’re not going to wear anything tight. Some people do wear tight things … I don’t want to go for that. It’s all just quite loose.”

She also joked her “waist has disappeared,” adding,

“I’m quite comfortable. The shoes are quite high — they may come off later! I can [say], ‘Well, I’m pregnant so my shoes have to come off,’ and nobody is allowed to say anything so that is nice.”

Knightley was up for outstanding performance by a female actor in a supporting role for The Imitation Game, which was nominated for three awards.
Image Credit: Fame/Flynet
Continue Reading