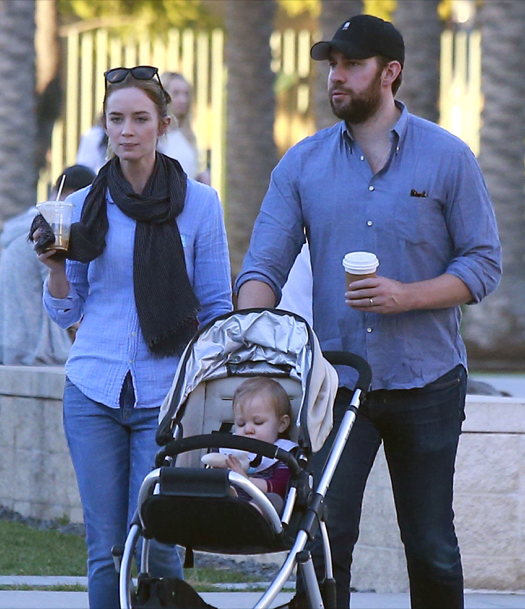 Emily Blunt and husband John Krasinski were seen taking their daughter Hazel out for lunch and then to a museum in Los Angeles, CA on Saturday (Jan. 24).

The Into The Woods actress was dressed casually in a blue blouse, jeans and sneakers while sipping an iced coffee. Krasinski pushed Hazel in a stroller while enjoying a coffee.

Blunt recently told that being a mom is ”heaven” and like nothing she has ever done before.

”It is that and more. I know that everybody says that. Everybody says, ‘Oh it’s the best — it’s the best thing ever!’ “ she told People. ”You don’t know what to expect because it’s just completely, existentially out of anything that you’ve ever experienced before, and it’s quite indescribable.”

Meanwhile, Blunt is in negotiations to join Chris Hemsworth in Universal’s Snow White and the Huntsman sequel The Huntsman.