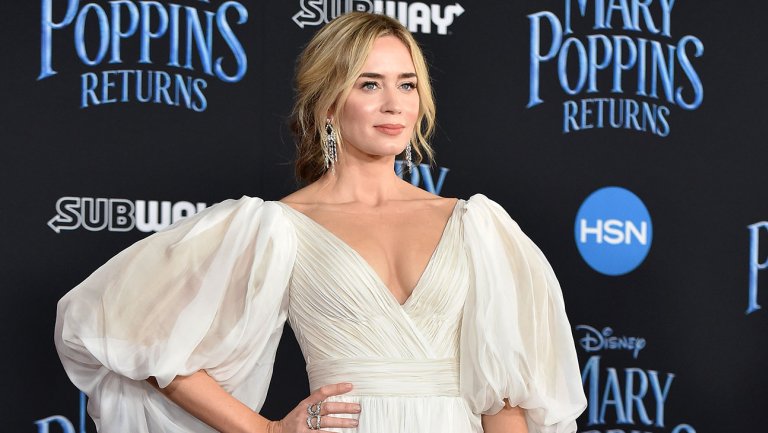 In fact, the actress recently hoked that her kids would be much better actors than her. Here’s what she has to say.
In a new interview with ET Online, the Mary Poppins Returns star thinks that her two daughters, Hazel and Violet, have what it takes to make it in the entertainment industry. At least, that’s what Emily thinks! And while a lot of celebrities prefer that their children don’t become Hollywood stars, Emily would have no problem encouraging it, especially if it’s something that her children will want to do later on in their lives.

“I don’t know if I’m all about encouraging my children to be actors… people have a hard time in the industry. So I think I feel unfathomably lucky that it has been kind to me, but I would worry for them. But if they want to do it, god, they would probably be so much better than me! Honestly, I look at them sometimes and say, ‘She is going to be great!'”

Emily also says that she and her husband John encourage their children to tap into their creativity at home.

“I think creativity is sort of an essential part of everyday life, actually. And so, if you’re having an impact on inspiring people with creativity, then I’m all for it,” she shared. “I’m just very appreciative of this award specifically.”

Mary Poppins Returns is currently in theaters. In the meantime, let us know what you think in our comments section below. And as always, come back to Celeb Baby Laundry for all the latest news and updates on your favorite celebrity parents right here!