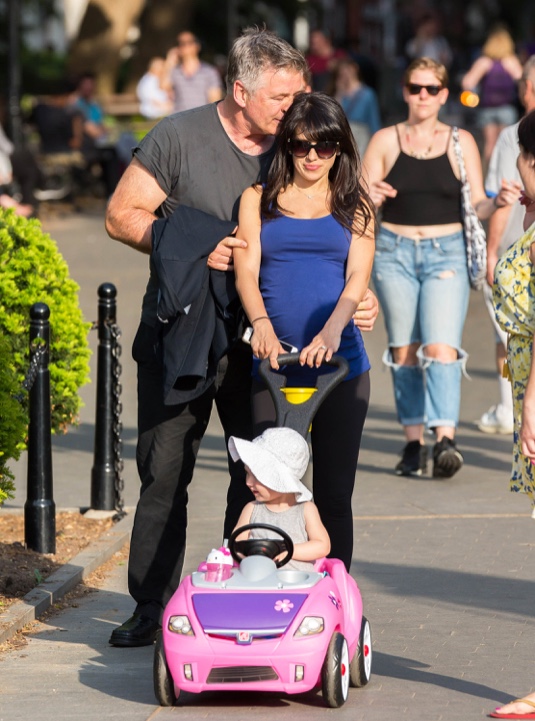 Alec Baldwin and his pregnant wife Hilaria Thomas enjoyed a stroll with their daughter Carmen at Washington Square Park in New York City, New York on Tuesday (May 12).

The Still Alice actor spoke on his phone while Thomas pushed their daughter in an adorable push car. When they reached the park,  he stopped to affectionately give his wife kisses.

Later in the day, Thomas took to Instagram to show of her growing baby bump.

“My current pregnancy craving is citrus drinks…and wearing yoga clothes (with heels) to meetings so I can run to work out in between them #GottaKeepOnMoving #AlmostThere #MamaOnTheGo (plus they’re comfy) #BaldwinBabyBump,” she captioned a shot of herself.

Baldwin and Thomas married in 2012.

You might also likeMore from author
Carmen Gabriela Baldwin