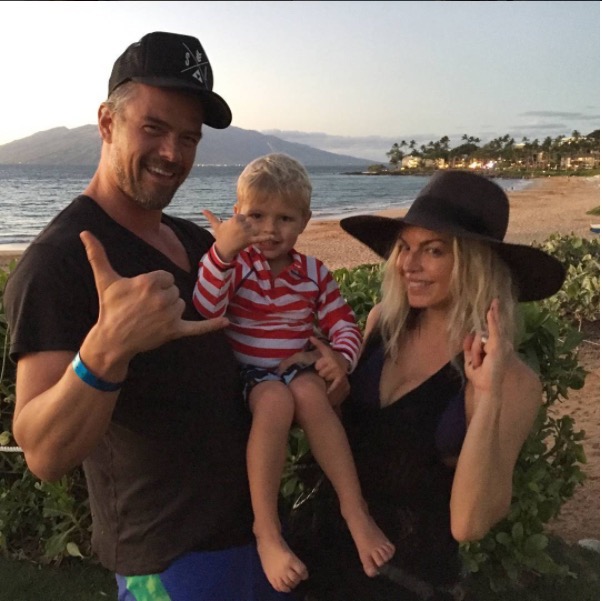 Josh Duhamel took to his Instagram account to share a sweet shot of him and his wife Fergie posing for a family photo with their son Axl.

The couple celebrated their wedding anniversary by spending the day at the beach while vacationing in Maui, Hawaii with their three-year-old son.

“8 years!! Love you babe,” he captioned the shot on Tuesday.

The Spaceman actor also shared a shot of Fergie and Axl playing in the sand.

“I’ll be that guy probably coaching,” Duhamel told People. “Right now it’s soccer, but it could be baseball. Who knows?”

Molly Sims is Ready to Pop