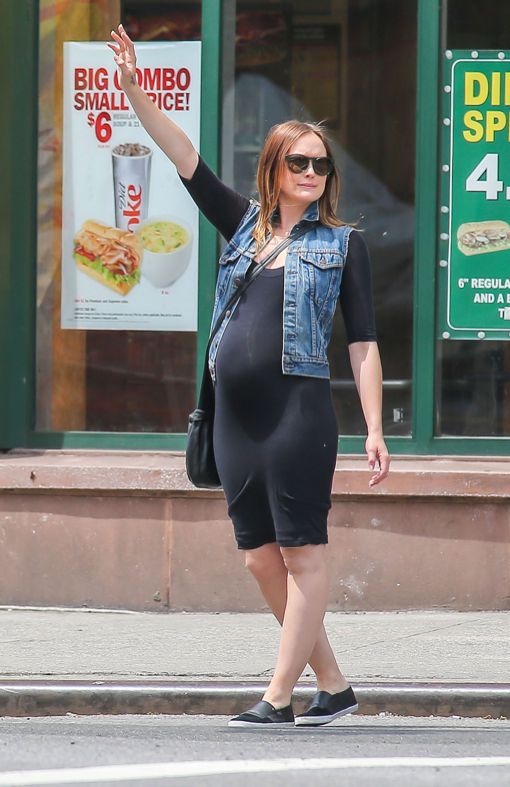 Kaylee DeFer was spotted hailing a cab in New York City on Thursday (May 23).

The pregnant Gossip Girl star showed off her blossoming bump in a jean vest, a form fitting black shirt dress and black flats.

On May 5, Kaylee confirmed she was expecting her first child with boyfriend Michael Fitzpatrick. She debuted her baby bump at the Mangria White launch party in Malibu.

“We weren’t planning on getting pregnant, so right now we’re just enjoying being pregnant,” the actress explained.

She is currently 22 weeks pregnant.