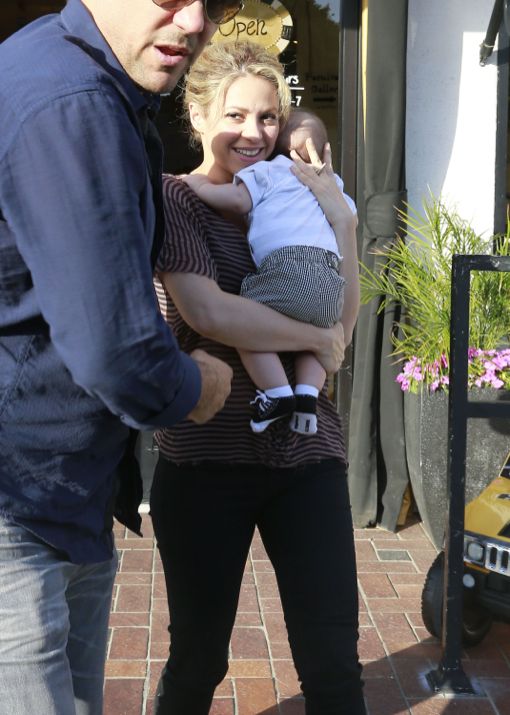 Shakira and her son Milan Mebarak were spotted leaving the trendy Bel Bambini store in Beverly Hills, CA on Saturday (May 25).

The new mom was dressed casually in a striped top and black pants as she carried the 4-month-old close to her chest. Milan wore a white onsie with shorts and adorable shoe looking socks.

Shakira revealed recently that she didn’t realize motherhood would be so hard.

“I didn’t expect babies to need so many diapers! Nobody told me they needed to be changed so often!” she joked with US Weekly. “I mean he’s a great, great baby. He’s an easy one, I think. But nobody told me it would be this hard. It takes a lot of energy from you. But I love it, I’m really enjoying every bit of it. It’s just that it’s not as idyllic as everybody tells you, but also not as horrible as everyone tells you.”

Meanwhile, the singer can be seen acting as a mentor on the current season of The Voice.

Recently Shakira spoke about how long she intends to breastfeed Milan, find out what she had to say about it, CLICK HERE …