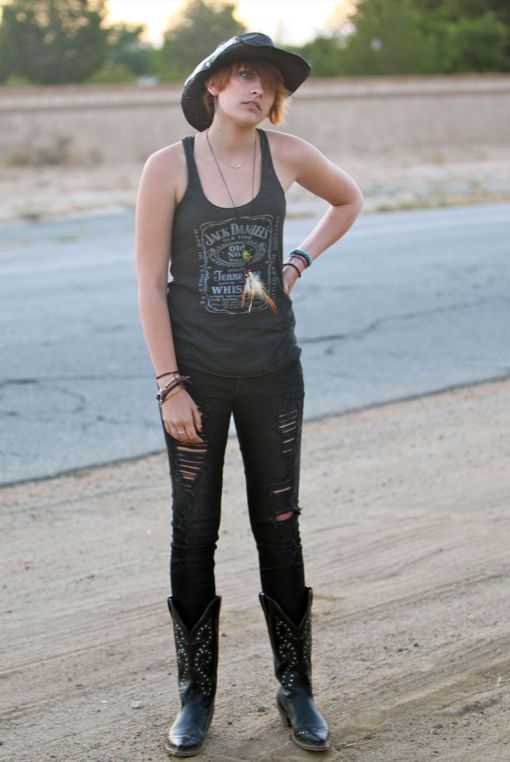 Paris Jackson was photographed outside her mother, Debbie Rowe‘s home in Palmdale, CA on Saturday (May 25).

The daughter of the late Michael Jackson looked country rock chic in a Jack Daniel’s tank and ripped black pants. She accessorized her look with a leather cowboy hat and studded boots.

Apparently, Paris has told her grandmother Katherine Jackson that she will be spending the summer with Debbie on her secluded California ranch.

“Paris will be with Debbie at her house in Southern California this summer when the school year is over,” an insider revealed to Radaronline. “She might go to summer school for the first month of vacation, but will be with Debbie on the weekends and plans on being with her mom in July and August. Paris wants to spend as much time as possible with Debbie and this is the perfect time.”

Michael’s mother is said to be supportive of the 15-year-old’s decision.

Rowe is the biological mother to Paris and Prince and was married to Jackson for three years.