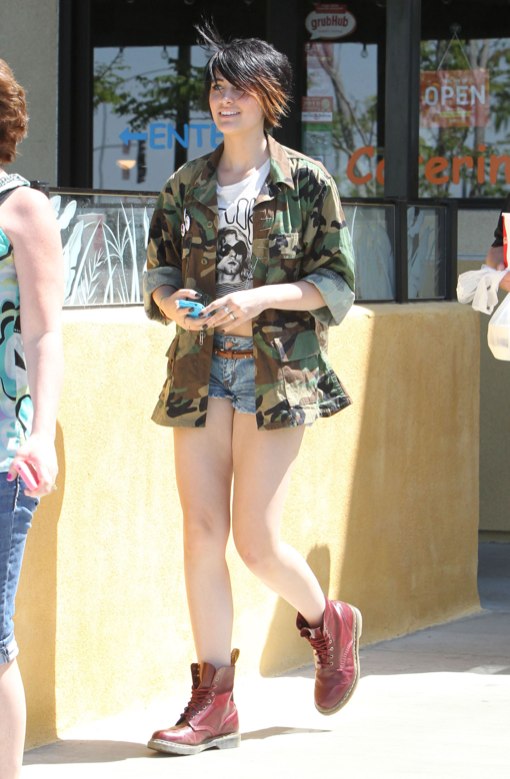 Paris Jackson and her biological mother Debbie Rowe were spotted out for lunch at Fire Island Grill in Palmdale, CA on Sunday (April 28).

The daughter of the late Michael Jackson rocked a grunge look while making sure to leave the restaurant at a different time than her mom.  They later reunited in Rowe’s car.

In last couple of months, Paris has made an attempt to reestablish a relationship with Rowe. The former wife of Michael Jackson shared a picture with Entertainment Tonight of the two enjoying a meal at Ahi Sushi in Studio City, CA for Paris’ 15th birthday.

It is unclear if Paris’ older brother Prince has reached out to Rowe too.

Rowe was married to Jackson from 1996 to 1999, but gave up all rights to Paris and Prince following her divorce.