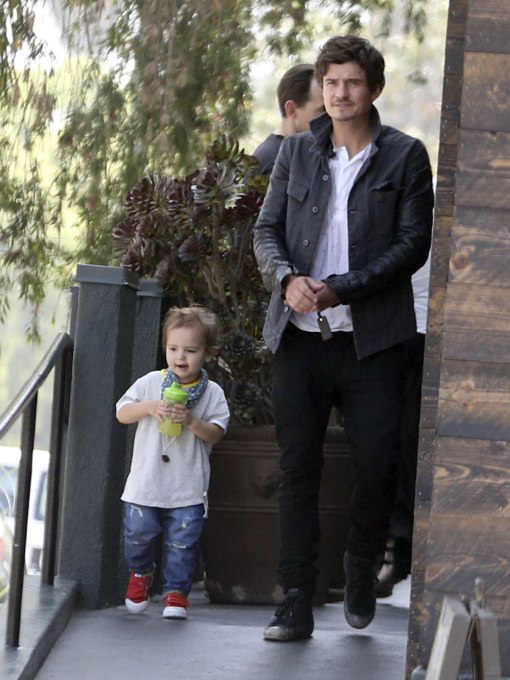 Orlando Bloom enjoyed a day bonding with his Flynn in Los Angeles, CA on Sunday (April 28).

The duo were first pictured leaving a restaurant after having lunch together. Bloom looked like a doting dad as he patiently waited when Flynn refused to let go of the railing outside. Later, they headed to a clothing store where bloom tried on a couple of shirts.

Bloom’s wife Miranda Kerr recently parted ways with Victoria’s Secret after three years of being an angel for the brand. Her contract with Aussie brand David Jones was not renewed either.

Insiders claimed her contracts were not extended because she is extremely difficult to work with. Although, Kerr claims she was not fired and she chose to leave.

”I’m now entering a new phase in my life. I have felt this coming since my son was born and, after I became a mother, I realised I needed to prioritise my time,” she told. “I’m just not in a position to commit to a full contract at this time. It’s three months at a bare minimum”

The model is still the face of Mango and Qantas Airways.