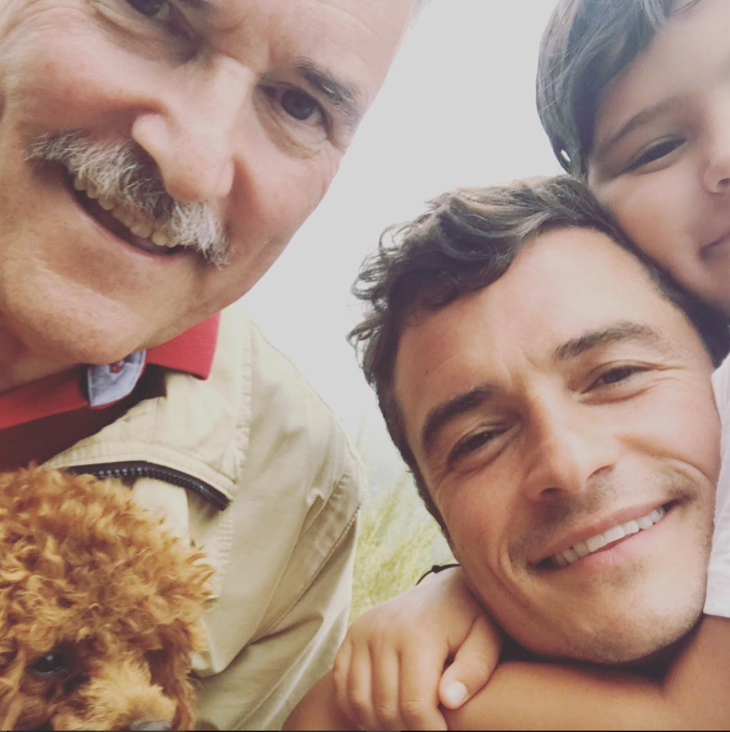 It looks like good genes run in Orlando Bloom’s family. The Hollywood actor recently shared a three-generation selfie with his father, Colin Stone, and his 5-year-old son, Flynn, who he shares with his ex-wife Miranda Kerr.

The ‘Pirates of the Caribbean’ star captioned his photo with, “3 generations and a mighty right here,’ referencing his dog, Mighty.

Orlando and Miranda split their time with Flynn and so far their arrangement has been working out pretty well for them. The actor recently opened up about his life as a father, saying that he’s in love with being a dad. He also says that he considers himself to be a very lucky man.

Speaking to Entertainment Tonight, about his new life with his son Flynn, Orlando said, “I have to say, he opened my heart in a way I never thought was possible. I just really thought I was never going to open my heart and he did. It was amazing. Everything they say is true! Having a child changes everything.”

Orlando and Miranda married in 2010 but pulled the plug on their marriage in 2013. According to Orlando though, they’ve managed to stay good friends and partners for the sake of their son. They also live near each other in Los Angeles to make things easier for Flynn.

One of the reasons why Orlando remains close with Miranda is because he doesn’t want Flynn to one day read made-up tabloid stories about them on the Internet. That’s why his relationship with Miranda is one of the most important things for him in his life right now.

The 40-year-old actor said, “With Miranda, there was a sense that I don’t want my son to go back through the internet where people have made up lies about us. Miranda and I have a remarkable relationship. We co-parent really well.”

Dancing With The Stars Alum Edyta Sliwinska Opens Up About Baby No. 2