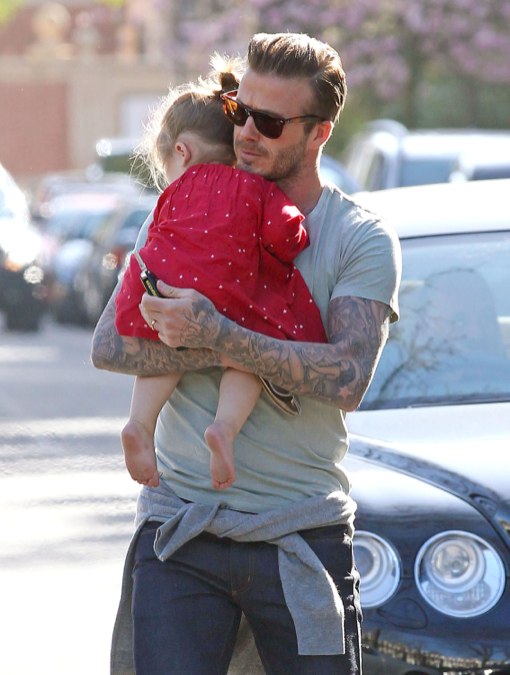 David Beckham and his daughter Harper were pictured leaving their home in the early morning in London, England on Monday (April 29).

The soccer star was dressed in a grey shirt with a sweater tied around his hip and jeans as he carried a tired looking Harper to their car. The duo happened to pass by designer Stella McCartney while walking.

On Sunday while appearing at the Vogue Festival, David’s wife Victoria revealed that she often feels guilty leaving her kids to work.

“Being a working mum you feel guilty every time you go out of the door when you have to work, I think, ‘Why am I not with the kids?’ You feel so torn, don’t you? But I’ve got great people who handle my schedule and everything does revolve around the children.”

“I love having children in the office. Mine are always running around. I had one of those swingy chairs for Harper in my office and she’d bounce one way and swing into a roll of fabric and then bounce the other way and crash into a bag of samples.”