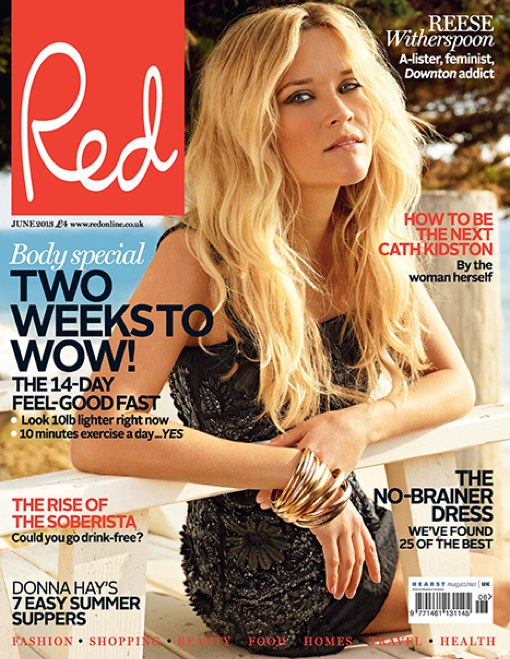 Covering the  June 2013 issue of Red, Reese Witherspoon gives a revealing interview about how her life has changed since welcoming her third child Tennessee last October.

The Mud Star admits her brain has not been working in the same way.

“Ever since I had the baby, I can’t remember anything. Serious, this child stole my brain,” says Witherspoon in the interview which was conducted before her disorderly conduct arrest in Atlanta on April 19.

“I’m losing friendships over forgetting to get back to people,” she continues. “But you can’t keep up with everything. I’ve got a 13-year-old [Ava Phillippe], a nine-year-old [Deacon Phillippe] and a baby.”

Keeping track of her three kids is not easy for the star.

In addition, Witherspoon opens up about her friendships with fellow A-list women Drew Barrymore and Cameron Diaz.

“They’re just as charismatic and fun as you would imagine. It’s nice to hang with Drew because we both just had babies and we can support each other,” she says of Barrymore who welcomed daughter Olive last fall. “And Cameron is such a funny, bright gal. She’s an incredibly sharp business-minded woman, but she disguises that side of herself. It’s her secret alter ego.”

Pick up the magazine to read the full interview.