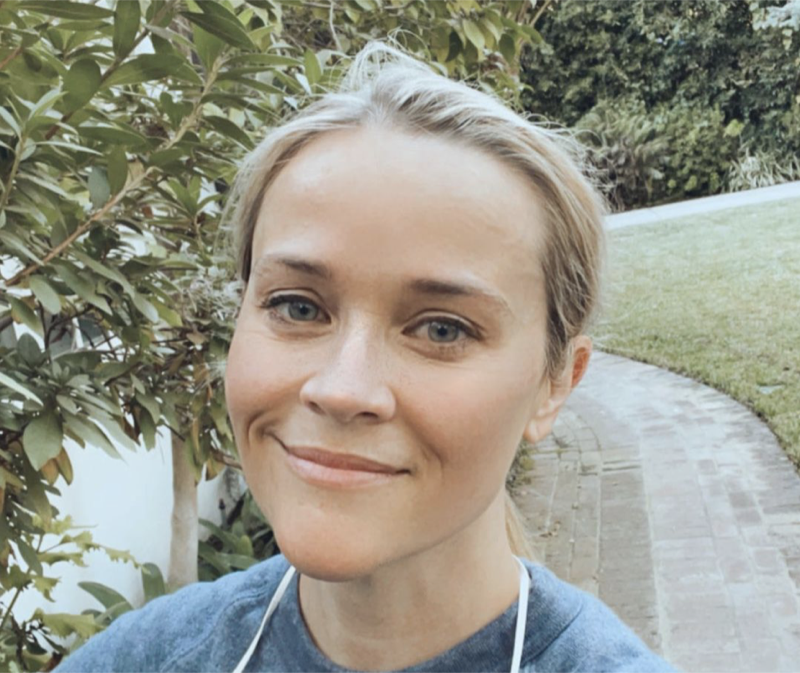 Reese Witherspoon news reveals that the Legally Blonde star wrapped up the end of 2020 in style, with a huge Christmas bash with her beautiful family.

She posted a pic of her three kids, herself and her husband on Insta and everyone is in matching onesies which makes the scene that much merrier!

She captioned the pic: “Merry Christmas from our family to yours! 🥰💫🎄*it only took about 1 hour, 2 bribes and 3 retakes to get all these people in one picture *a small Christmas miracle for MOM😁.”

Her daughter is a 100% mini me and she has two sons to boot. She and her ex-husband Ryan Phillippe have two children together, daughter Ava Elizabeth Phillippe, born September 9, 1999 and son, Deacon Reese Phillippe, born October 23, 2003.

Prior to his big screen career Ryan Phillippe got his start on daytime on ABC’s One Life to Live where he played the genre’s first gay teen. 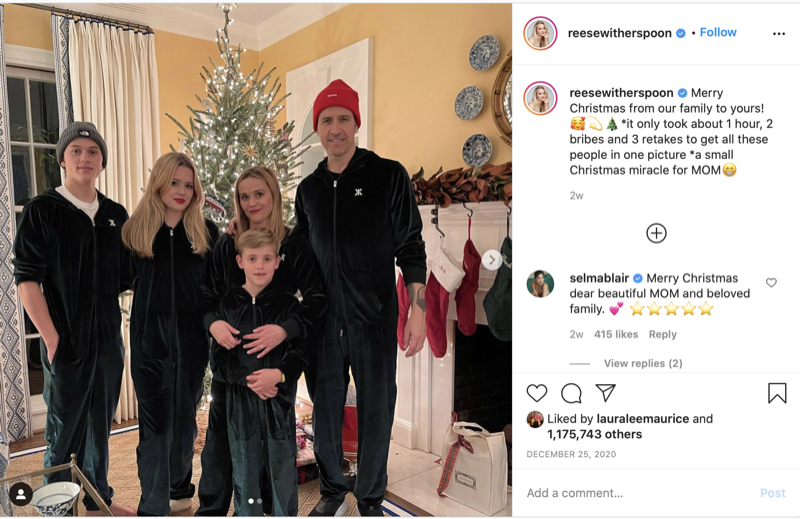 Reese Witherspoon is now married to Jim Toth a talent agent at Creative Artists Agency. The couple have one son together, Tennessee James Toth, who was born September 27, 2012.

Reese was born Laura Jeanne Reese Witherspoon on March 22, 1976. Her work has earned her an Academy Award, two Golden Globe Awards, and a Primetime Emmy Award. Her other accomplishments include being one of the highest-paid actresses in the world and one of Time magazine’s 100 most influential people in the world in 2006 and 2015. In 2017, Forbes reported her earnings in excess of $198 million, making her the highest-paid primetime Emmy nominee in 2017 that year.

The New Orleans, Louisiana native began her career in The Man in the Moon in 1991 followed by Fear (1996), Cruel Intentions, and Election. She is best known as Elle Woods in the comedy series Legally Blonde which has a third sequel in the works. 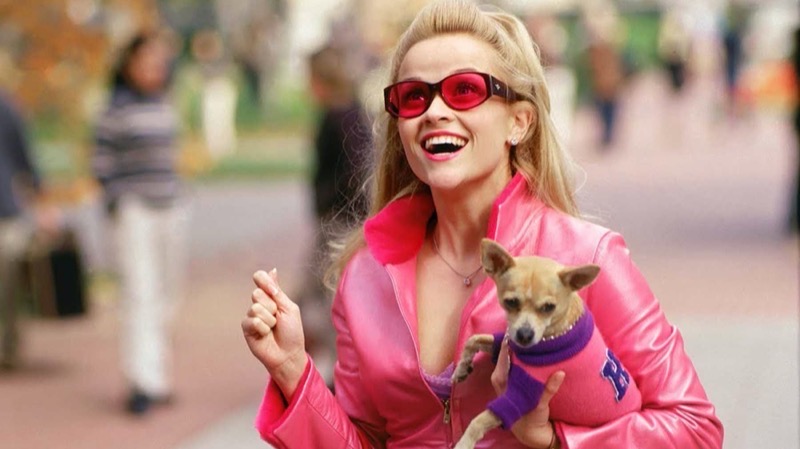 She also starred in Sweet Home Alabama and Walk the Line, which won her the Academy Award for Best Actress.

Reese has had an exceptional career but without a doubt we think she would say that her greatest accomplishment is being the mom of three healthy and beautiful kids!