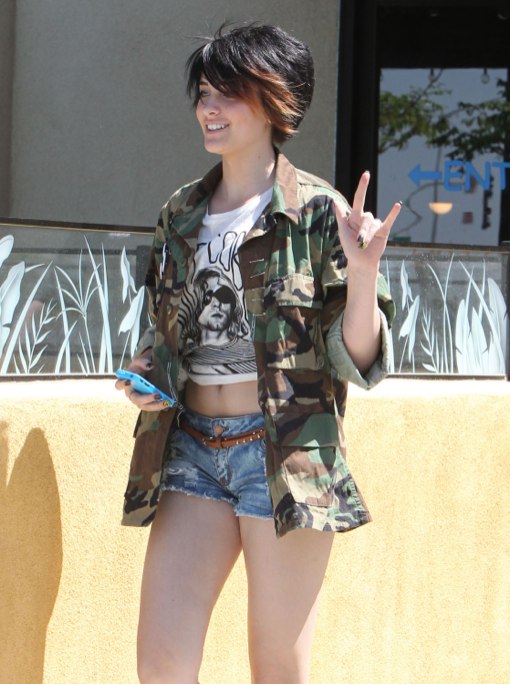 Paris Jackson has been hospitalized following an apparent suicide attempt.

According to TMZ, the 15-year-old daughter of the late Michael Jackson was rushed to the hospital from her Calabasas family around 2 AM.

An identified person called 911 at 1:27 AM, reporting a possible overdose. Although, a source connected to the emergency response said there were multiple cuts on one of her wrists.A close source also told the news site that Paris had “tried this [a possible suicide attempt] in the past” but “this was far more serious. It was not a cry for help.”

The sad news was also confirmed by Paris’ biological mother Debbie. She revealed to ET that Jackson has had, “a lot going on [lately].”

“We appreciate everyone’s thoughts for Paris at this time and their respect for the family’s privacy,” Rowe’s lawyer, Eric George told TMZ.

Our thoughts go out to Paris and her family. Lets hope she gets the help she needs.

To find out what Paris’ grandmother had to say about her attempted suicide, CLICK HERE …