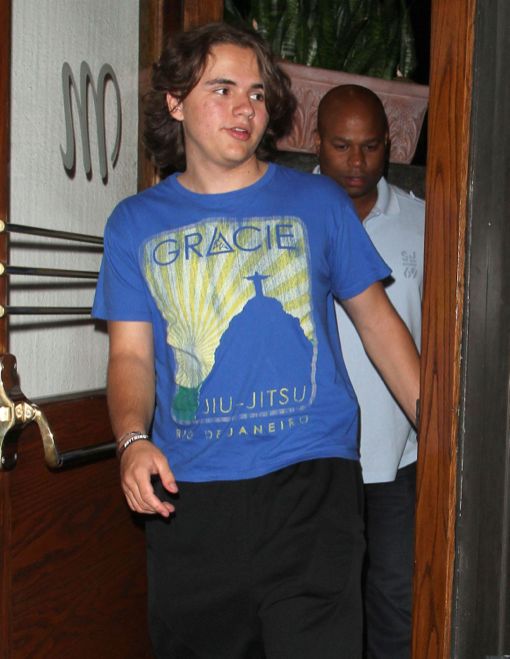 Prince Jackson and his girlfriend Remi Alfalah enjoyed a romantic dinner at Madeo in West Hollywood, CA on Thursday (May 30).

The son of Michael Jackson was dressed in a casual blue shirt and shorts while the Kuwaiti royal family member dressed up in a black dress.

Debbie Rowe has apparently reached out to Prince, her biological son in an attempt to reconcile after years of estrangement.

Already rebuilding her relationship with Paris Jackson, the ex-wife of Michael invited Prince to join his sister at her Palmdale, Ca. ranch.

“Debbie is anxious to spend some quality time with Prince,” a family insider told RadarOnline. “She personally made the invitation to Prince for him to go up to Palmdale at her ranch. The ranch is the perfect place for mother and son because it offers privacy from prying eyes.”

Although, Prince is still a little hesitant.

“Prince made it known that he isn’t ready to hang out with his biological mother — just yet,” a source told, adding “He is open to the idea, but wants to do it on his terms, which Debbie understands and fully supports.”

What do you think of Prince and Paris reuniting with their biological mother?