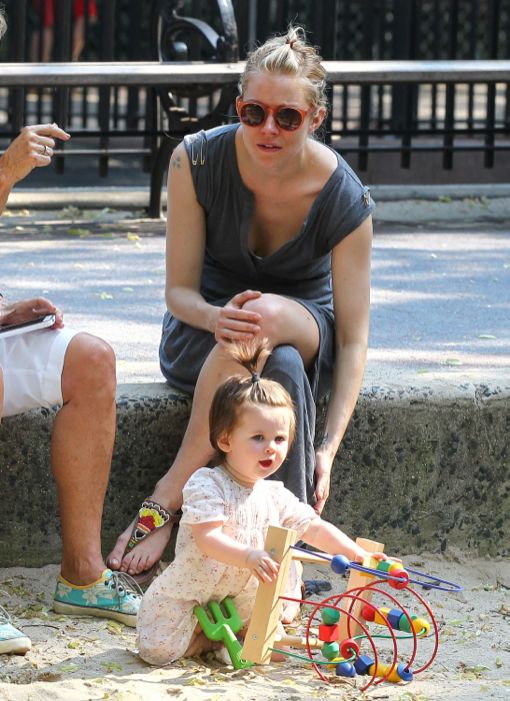 Sienna Miller was spotted chatting with her parents Edwin and Jo while her daughter Marlowe enjoyed playing with a toy in the sand at a park in New York City on Thursday (May 30).

After the birth of Marlowe in July, Sienna gushed about adorable the baby is.

Sienna has been living in New York City with her actor beau Tom Sturridge while he stars in the Broadway show Orphans.

Shakira: I’m Going to Breastfeed Milan Until He Goes to College