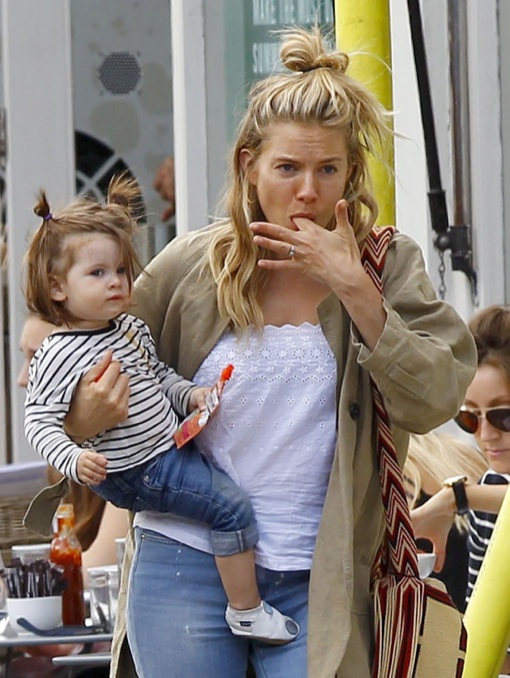 The G.I. Joe: The Rise of Cobra actress wore a a long brown jacket over a lace top with jeans and sandals. Marlowe looked adorable with cute buns in her hair while she enjoyed a fruit puree pack.

Miller admits she cut down on taking acting jobs because she enjoys being a mother more.

“I felt, having done that, that unless it’s of that calibre, it’s not worth not being with my baby…Unless it’s something spectacular, I really want to be a mother,” she told the Evening Standard of her new film Foxcatcher.

If you had the ability would you stop working to stay home with your kids?