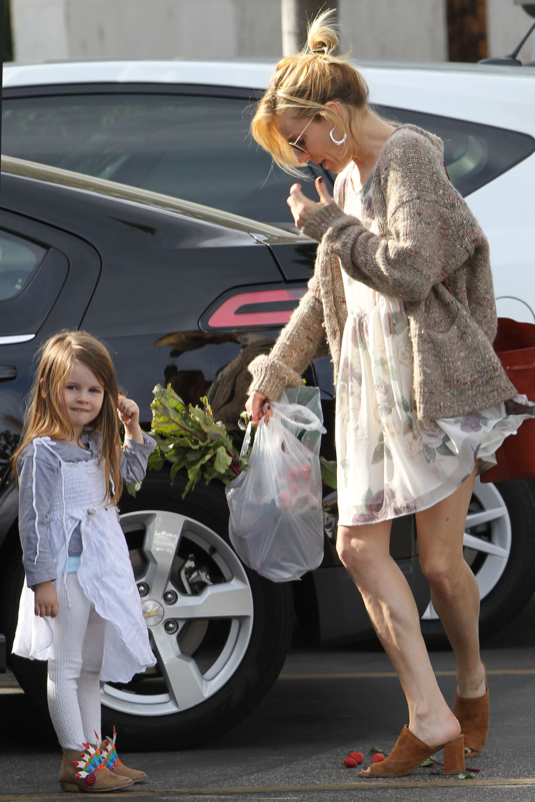 Sienna Miller was spotted with her daughter Marlowe at a local farmer’s market in Los Angeles on Sunday (Dec. 6).

The High-Rise actress wore a vintage floral dress under a knit cardigan while putting some bags from the market in their car. She accidentally dropped some strawberries and flower petals onto the ground in the process.

Miller admits she feels a lot of pressure to establish a ”foundation” in Hollywood before her daughter starts elementary school.

”I do feel pressure, in that I have a three-year-old daughter now and she comes with me wherever I go,” she revealed, while, adding, ”By the time she starts school, it’s going to be harder to just take her with me. So my idea was to work really hard now and lay the foundation.”