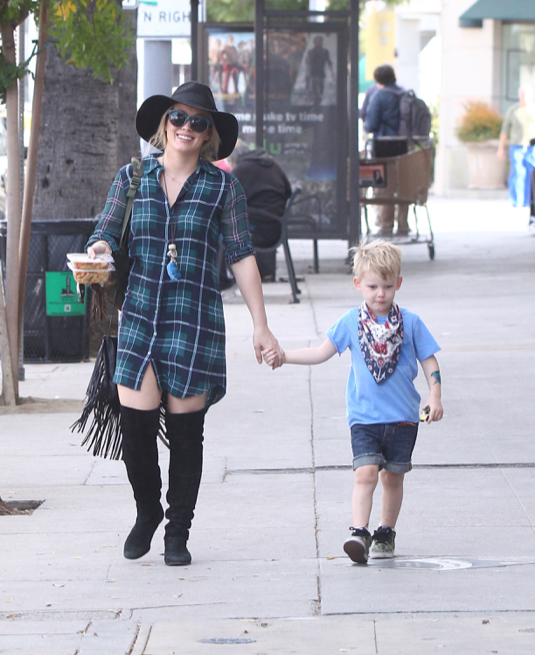 Hilary Duff was photographed out and about with her son Luca Comrie and some friends in Studio City on Sunday (Dec. 6).
The Younger actress was dressed in a plaid dress and black thigh-high boots. She held the hand of Luca while laughing with friends as they strolled by some shops.
Duff took to Twitter to share a photo of Luca playing with his cousin Ryan. The youngster is the son of her sister Haylie Duff.