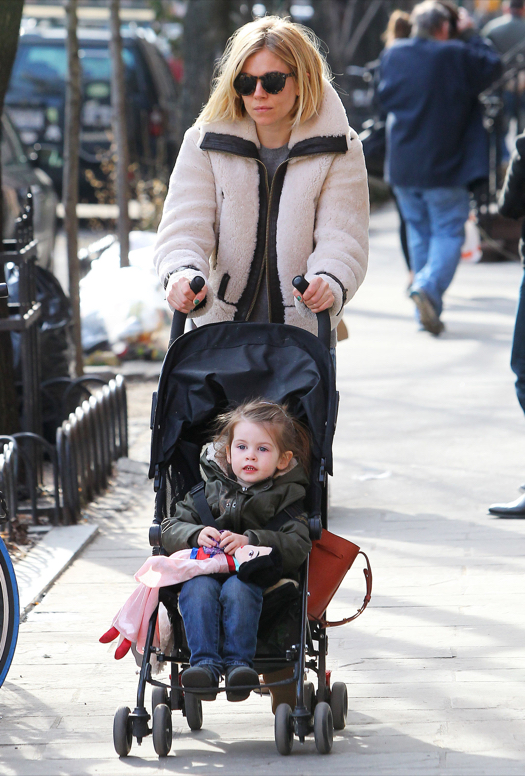 Sienna Miller was spotted taking a stroll with her daughter Marlowe in New York City, NY on Monday (Mar. 16).
The American Sniper actress was dressed in a shaggy jacket, a grey sweater and jeans with Isabel Marant booties. She pushed the youngster who held onto a Mulan plush.

Miller is currently performing on Broadway as Sally Bowles in the Studio 54 revival of Cabaret.

She will be playing the Kit Kat Klub singer for the final six weeks of the play which comes to an end on March 29.

The actress was previously seen on Broadway in 2009 in After Miss Julie.
Image Credit: Fame/Flynet
Continue Reading