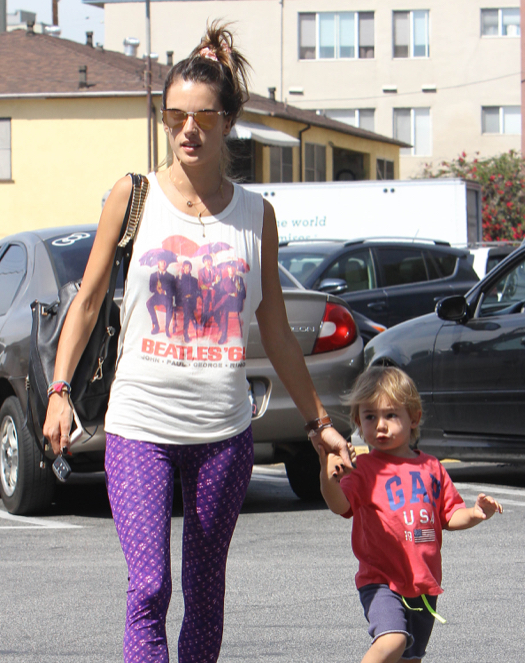 Alessandra Ambrosio enjoyed a day out running errands with her son Noah in Los Angeles, CA on Monday (Mar. 16).

The Victoria’s Secret model was dressed casually in a vintage Beatles tank top that matched her flashy purple and gold tights. Noah helped her pick up toiletries at a store before taking a stroll.

Ambrosio is featured alongside her children in the April 2015 issue of US Glamour Magazine.

The Brazilian native took to Instagram to show off a couple of the snapshots.

“Joyous beach fun with my little ones captured by #PatrickDemarchelier for @glamourmag..,” she captioned a shot.

Meanwhile, this spring Ambrosio will be gracing the cover of Turkey’s Vogue magazine as it celebrates it’s 5th anniversary.