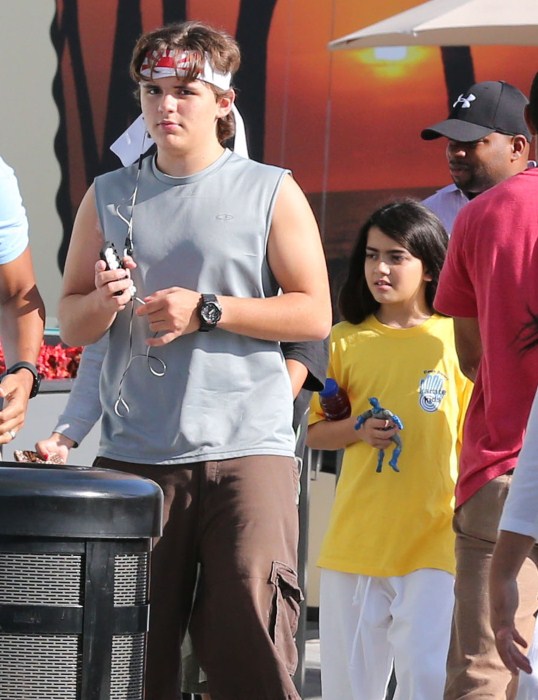 Michael Jackson‘s sons Prince and Blanket were spotted leaving a karate class in Encino, Ca on Sunday. Prince  took some inspiration from the karate kid and wore a white bandana around his head while dressed in his street clothes.  Blanket followed behind in traditional Karate pants paired with a yellow shirt with the school’s logo.

Prince who has been brushing up on his driving skills took over the wheel of their car to drive them to the mall. After the brothers, caught a movie in Beverly Hills.

Their aunt, Janet Jackson is dismissing allegations that she delayed her late brother’s funeral over a financial dispute.

“To falsely accuse Ms. Jackson of holding up her brother’s funeral over money is outrageous. Ms. Jackson never delayed the funeral in any way. In fact, she paid for the funeral and was reimbursed for some of those expenses by Michael Jackson’s estate in the year after the services took place. In addition, there were other private costs associated with Michael Jackson’s passing that Ms. Jackson incurred and for which she never sought reimbursement,” Janet’s lawyer told ETonline.

The accusations came from Vanity Fair article in which it is claimed she had delayed Michael’s funeral over money owed relating to the burial plot deposit.