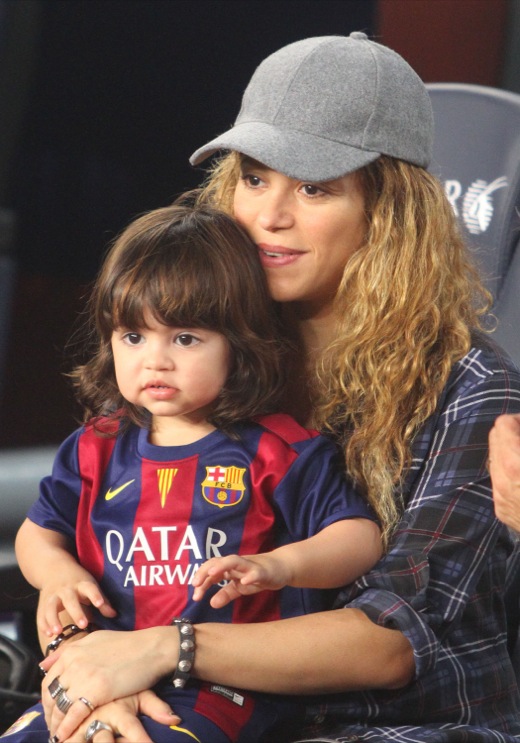 Shakira and her son Milan were spotted cheering on Gerard Pique during the match between FC Barcelona vs Eibar in Barcelona, Spain on Saturday (Oct. 18).

The pregnant singer was dressed low-key in a plaid shirt, a long blouse and tights while sitting on the sidelines with the toddler. At one point, Pique came and took Milan on the field.

Shakira who is pregnant with a baby boy recently revealed that she like to have a whole football team of children.

”With Gerard I’d have 20 children, but I don’t think I’ll have the luxury to do it. For now we’re going for the second one, we’ll see what happens. We’ll see if one day we get a girl. We’ll see!” she told. “Now that I’m pregnant I’m trying, for the first time in my life, to not do so many things at the same time.”

The Columbian-native and Pique welcomed Milan in January 2013.