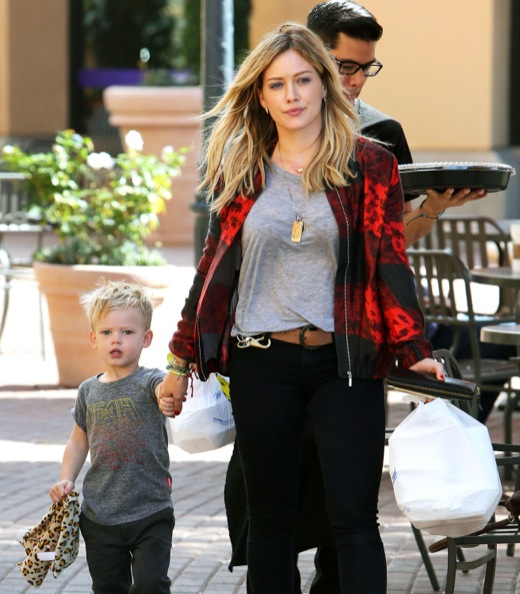 Hilary Duff and her son Luca stopped to pick-up Sushi before heading to Mike Comrie‘s parents house in Los Angeles, CA on Friday (Oct. 17).
The singer was dressed in a grey t-shirt under a ‘Rock & Roll Saved The World’ jacket, black jeans and booties. She carried the bag of sushi in one hand and held Luca’s hand in the other.
Duff recently returned form New York City, where she was promoting her new song All About You.

“I’m not sure having Luca has changed the music, but taking the seven-year break. Having life experiences and growing,” she told when asked on GMA how her music has changed. “I definitely had different material to write about and things I have gone through. And my confidence level changed. Maybe from becoming a mother.”

Duff has a lot on her plate now that she has decided to get back to work. She is also set to star in a new series entitled, Younger on TVLAND.
Image Credit: Fame/Flynet
Continue Reading