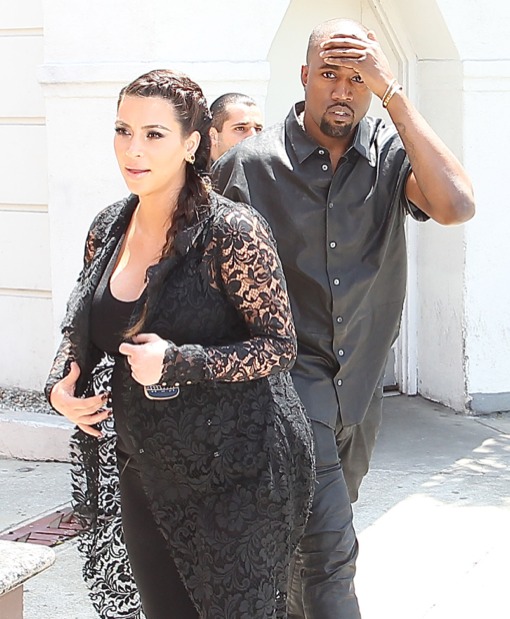 Kim Kardashian and Kanye West had a ‘bumpin’ day while heading to Pho in Los Angeles, California on Friday (May 10).

The Keeping Up With The Kardashians star showed off her bump in a button up lace sweater, black tank and tights with flats to relieve her visibly swollen feet. West held her hand protectively and ended up bumping his head into a ‘wrong way’ sign while trying to avoid the paparazzi.

Needless to say, the rapper was not happy after the embarrassing moment.

The two entered the restaurant only to have West return minutes later and chase a paparazzi who had just arrived at the scene.

This is not the first time West has had a problem with the paparazzi. He was charged with misdemeanor vandalism, battery and grand theft after scuffling with two photographers at LAX airport on Sept. 11, 2008.

Jason Hoppy Teaches Bryn How To Ride a Bike