Jason Hoppy Teaches Bryn How To Ride a Bike 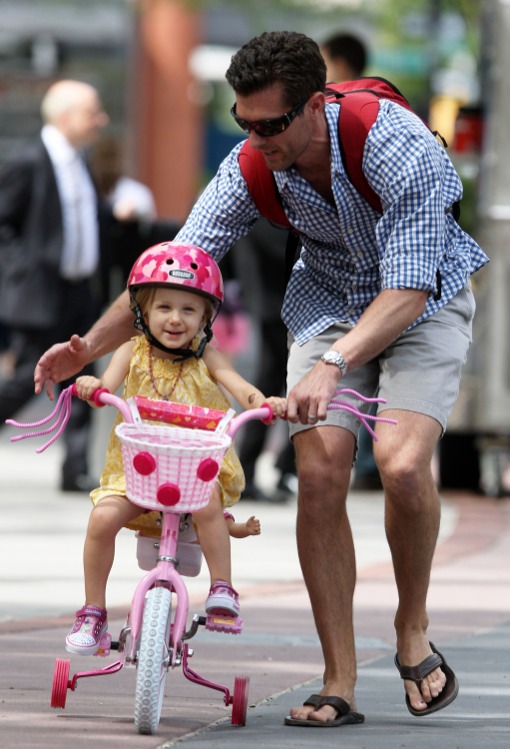 Jason Hoppy was spotted teaching his daughter Bryn to ride a bike in New York City on Friday  (May 10).

The estranged husband of reality TV star Bethenny Frankel looked like a doting dad as he helped her navigate through the busy city.

According to an insider, Jason won’t trash his failed marriage to Bethenny for the sake of their three-year-old.

“Jason was stung by the comments Bethenny made to People magazine about their marriage. It’s never easy to read that your former spouse thinks the marriage was a mistake. However, Jason refuses to talk negatively about Bethenny in the press,” a source close to Jason told RadarOnline.

The Skinny Girl Mogul is quoted as saying:

“In my marriage, I made a mistake. It is what it is,” adding,“I made the wrong choice. But I do have my daughter, who is so beautiful and amazing in every way.”

What do you think of the situation? Is what Bethenny said so wrong?

Happy Mother’s Day To All You Fabulous Moms Out There!