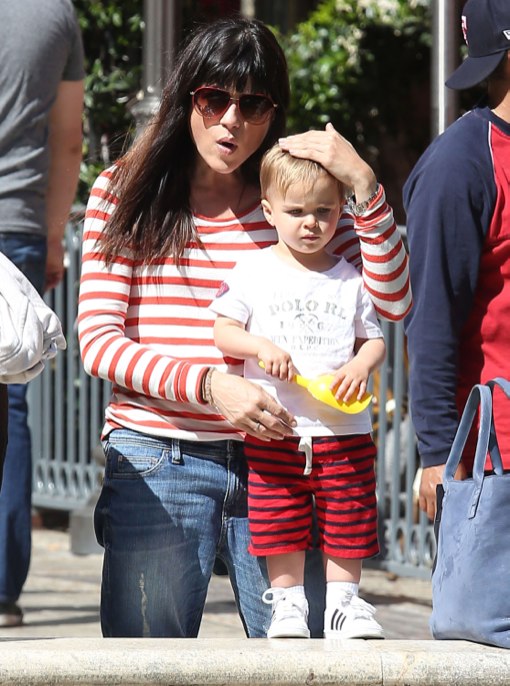 Selma Blair and her son Arthur enjoyed a day at The Grove in Los Angeles, CA on Tuesday (April 9).

The Anger Management star hugged the 1-year-old while they watched water squirt in the air from a fountain. After, they spent a little time playing in the grass before checking out some garden statues.

The single mom recently revealed that her makeup look has changed as she has aged.

“I used to wear a lot of red lipstick, and when I got a pimple, I’d cover it up with eyeliner to turn it into a beauty mark. But everything has changed since I hit 35. I’m at an age where any makeup that’s meant to look “slept in” really looks like I slept in it. That’s for youngsters!” she told MSN Living. “Now less is more. I don’t like to wear concealer or anything. I’d rather have uneven skin than feel like my face is cracking from too much foundation”

Meanwhile, Selma is set to star in the forthcoming film, Four Saints, which centers around four nurses who operate an illegal dressing station near the trenches of World War I.