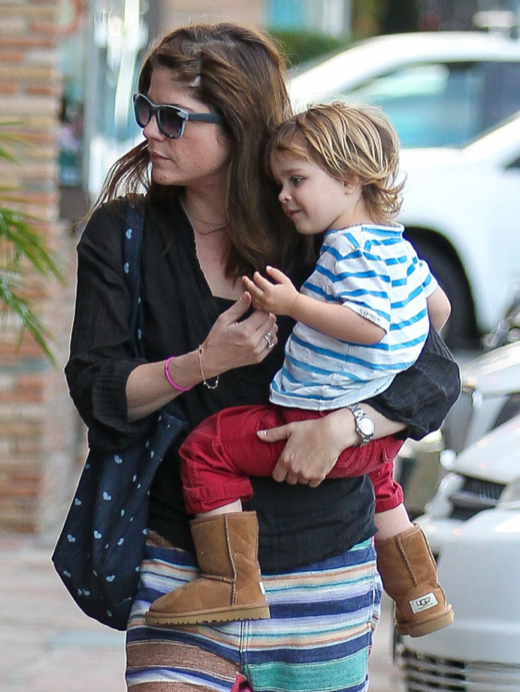 Selma Blair was photographed taking her son Arthur to a doctors appointment in Studio City, CA on Monday (March 10).

The actress was dressed in a grey blouse and and stripped stretch pants. She carried the toddler who wore a stripped tee, red pants and Ugg boots.

In November, sources close to Blair claimed she  is considering filing a lawsuit against Charlie Sheen for the $1.2 million she would have made had she not been fired from the FX show Anger Management.

She reportedly believes that Sheen had her written out of the show after she told executives he was a “menace to work with” and had a “shoddy work ethic.”

She might have a good case too. It has been reported that Sheen has not been showing up to work in recent weeks.