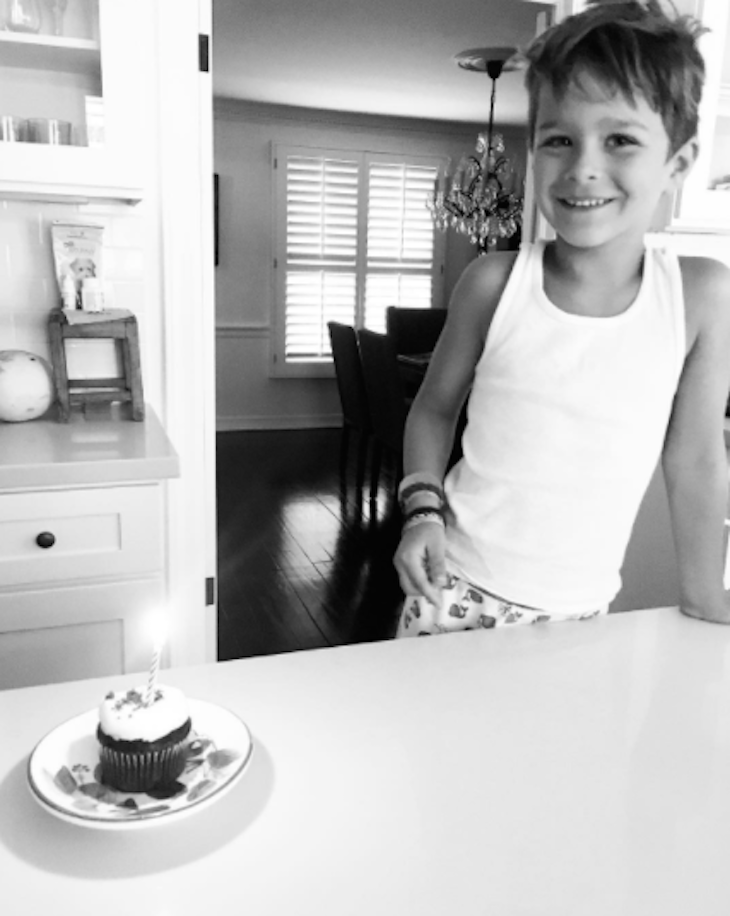 Selma Blair has shared an adorable photo of her son Arthur Saint celebrating his 6th birthday. The actress shares her son with her ex-partner, Jason Bleick.

The 45-year-old actress shared a black-and-white photo of her cutie and his birthday cupcake on her Instagram account. She captioned her photo with, “Happy sixth!! Birthday! #arthursaint you have my heart. You are my light.”

Selma and Jason broke off their engagement several months after Arthur was born back in 2011. Just last year the Hollywood star said one of the reasons why her fans haven’t seen much of her these last few years is because she’s been too busy being a stay-at-home mom with her son. And according to Selma, she wouldn’t have it any other way.

She told People Magazine in an interview, “I’m up at 5:45, I’m playing Candy Land by 5:47. I remind myself every moment, I think, because I did have my child later than a lot of people have children. So I’ve had a whole life to live and realize the grass isn’t always greener. I just need more sleep, but I do appreciate every moment.”

Selma explained, “Being a single mom, at first it’s a very challenging thing. But to have that much time with him, just the two of us, has been an incredible life-changing experience. And I do not take it lightly — my gratitude. He gets it.”