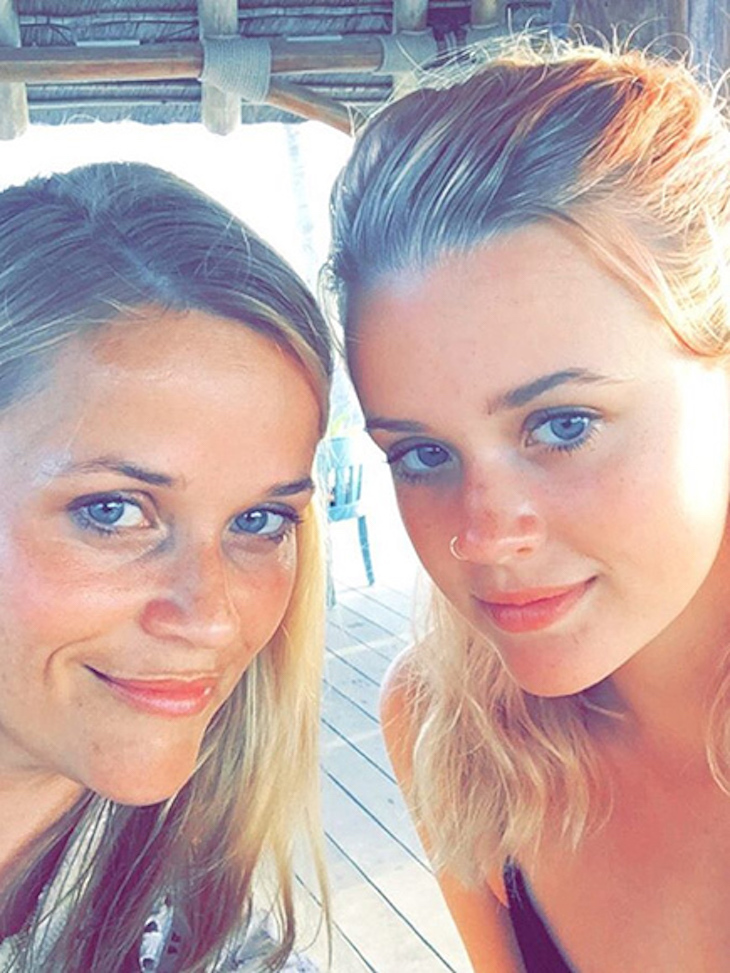 Reese Witherspoon is just as surprised as we are that her daughter Ava is turning 18. In fact, the Hollywood mother-of-three says that she feels as though she’s been growing up alongside Ava throughout the years.

Speaking to Entertainment Tonight, the ‘Big Little Lies’ actress says these last 18 years have flew by quickly. Ava will celebrate her milestone birthday in September. Reese told the site, “It’s so weird. I can’t believe she’s 18. But she’s great, and we did it together. I feel like we grew up together, it’s great.”

Being a veteran actress, Reese has been working in Hollywood years before she became a mother. When asked if there are any of her roles that she wouldn’t want her children to see, Reese said she is pretty open.

The blonde beauty continued, “I mean all of them are a labor of love and effort that you put into them. So I’m very proud of the fact that I’ve worked a lot in my life. Actually my very first premiere ever in my entire life was in this building, so it was so funny, when I was 14 years old.”

What’s more, Reese also says that her daughter has watched her controversial HBO series, ‘Big Little Lies’ with her mom. The series depicts one wife and mother, played by actress Nicole Kidman, in an abusive relationship.

Reese continued, “I felt like none of these women were good or bad, they were all just this, you know, dynamic exploration of what it really means to be a woman now-a-days.”

Reese hints that ‘Big Little Lies’ Season 2 is currently in the works.