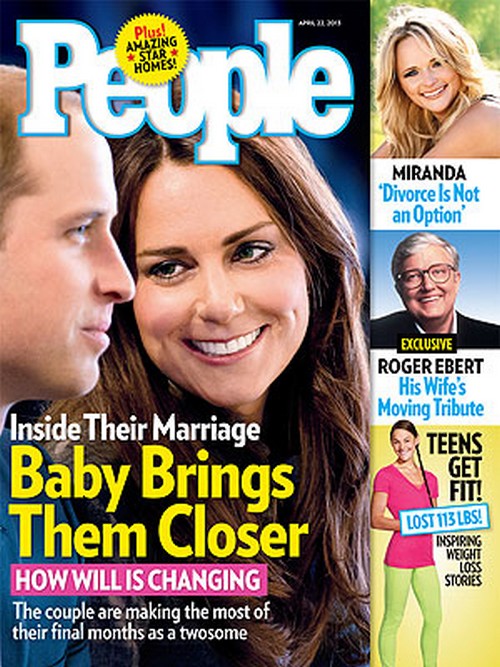 Prince William will soon make the announcement he’ll be leaving the RAF Valley as the birth date of his first child is approaching faster and faster. Kate Middleton is less than three months away from giving birth to their first child, and instead of having her man return to his search-and-rescue helicopter unit for ten days a month, William has opted out from returning at all.

Sources say that the 30-year old simply feels he needs to stand by his wife during the next few weeks as Kate gears up for the delivery of their baby girl. Leaving her for ten days a month without being able to stay in touch with her during his 24-hour shifts is probably not the wisest thing to do, which is why he has come to the decision he’ll not return to his duties next month.

In recent years, William spent up to two weeks a month at the RAF Valley in Anglesey, Wales but things totally changed once the two found out they were expecting a baby; he doesn’t even want to leave Kate’s side. That’s how much he cares for her and the child. “He’s ready for the next step,” says the source for People Magazine.

Whilst having enjoyed his time at the RAF – where he made dozens of new friends – William is ready to continue his life with a new role… being the best father he can possibly be to his baby girl. The source continues that his excitement on starting a family of his own is really starting to show; William is ready for the next chapter in his life, and sadly it doesn’t include returning to the RAF ever again.

The source continued that ever since finding out about Kate’s pregnancy, William’s relationship towards his wife has become much stronger than what it was before, saying: “They’ve always been close but it’s been much more pronounced since she has become pregnant,” says royals author Judy Wade.

Wow! It’s understandable that he doesn’t want to return to the RAF for some time so he can adjust to fatherhood but to suddenly drop the bombshell that he’ll never return is bizarre, don’t you think?