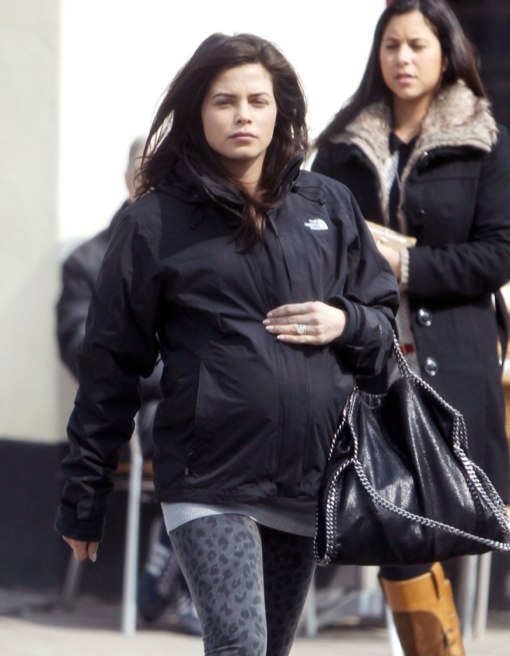 Jenna Dewan-Tatum was spotted shopping in the Primrose Hill area of London, England on Wednesday (April 10).

The pregnant actress wore a black jacket and animal prints tights with Ugg boots. She shopped at a clothing and pet store while cupping her bump on the way.

Jenna is staying in London while husband Channing Tatum films his new movie Jupitar Ascending in the city.

According to Channing, they will welcome their first child in their.

“We’re going to have the baby in London while I’m shooting and there won’t be any downtime whatsoever,” the Magic Mike actor told told E!’s Ryan Seacrest at this year’s Oscar Academy Awards.

Perhaps, the couple will chose a British name for their future baby!