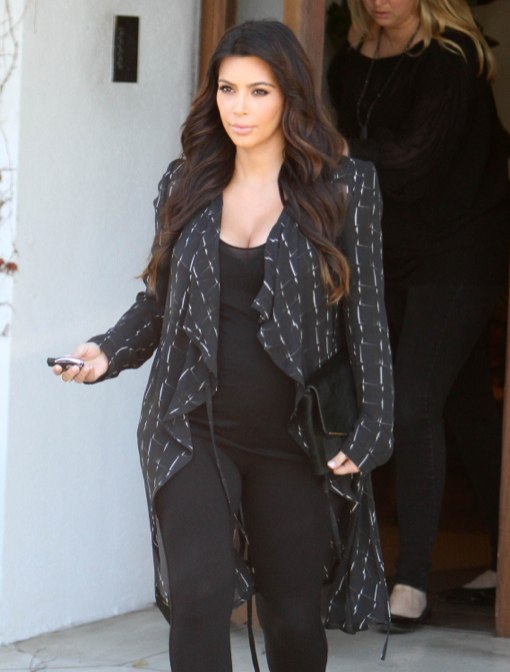 Kim Kardashian was pictured out and about in West Hollywood, CA on Tuesday  (April 9).

The pregnant reality star wore a flattering black outfit with red heels as she headed to her car after doing some shopping.

While appearing on The Tonight Show with Jay Leno, Kim described the criticism she has received over her weight gain as ‘bullying’.

“I think it’s a little bully-ish to call a pregnant woman fat,” she told Jay Leno, adding, “I mean what do you expect? I hope I gain weight. I’m a little heavy.”

Meanwhile, it’s been revealed that Kim’s mom Kris Jenner will be called as a witness in her ongoing divorce trial from estranged husband Kris Humphries.

She will be called to testify about their relationship and their prenuptial agreement.