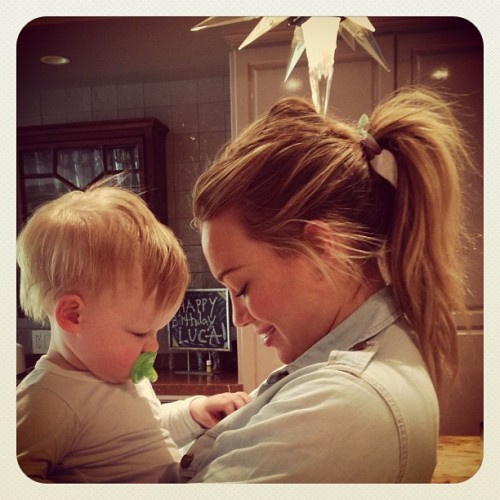 “Luca luvs buttons … I love him so much, ” the proud mom captioned the photo.

The Lizzie McGuire star recently filmed a guest appearance on the season finale of Two and a half Men.

headed home to go kick it with Luc #dreamjob,” the actress tweeted after filming the guest spot.

Two and Half Men‘s season finale will air May 9 on CBS.

Jessica Simpson is Gearing Up for Her Second Baby Shower