Jessica Simpson is Gearing Up for Her Second Baby Shower 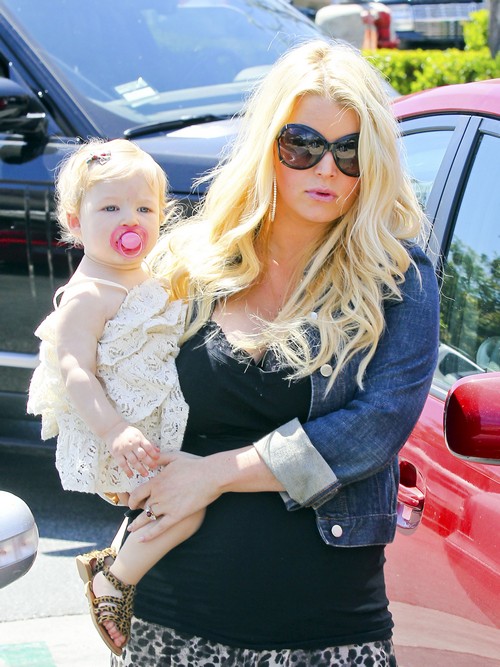 Jessica Simpson sure has spent the last two years in a total whirlwind. The Fashion Star mentor gave birth to her daughter, Maxwell last May and now is expecting her second bundle, this time a boy, in July.  To check out what Jessica and Eric had to say about having a boy this time, head over to Allie Is Wired HERE, she has the scoop!

The starlet may have everything that she could ever want but that’s not stopping her mother, Tina or sister, Ashlee from throwing her a fabulous baby shower in the next few weeks.  The affair will be a classy occasion and according to Life & Style Magazine it will take place at the five-star Hotel Bel-Air.

So far the guest list is said to include 50 of Jess’s closest friends but expect that number to climb as the date draws closer. Last time around she mingled with several A-listers and her fiance, Eric Johnson was at her side when she unwrapped baby Maxi’s gifts. I would expect no less for Jess this time around.  For sure it’ll be a kid-friendly event since most of Jess’s friends also have small children.  She wants to include everyone, especially kids so that Maxi has playmates during the celebration.

Jessica was the first top admit that her second pregnancy wasn’t exactly planned. Do you think that she and baby daddy, Eric will ever really make it down the aisle and make their union official?  Do you see a marriage in the future? We really don’t hear much about Eric nowadays. Do you think he’s with Jess for the right reasons? At first those close to her feared he was a fame whore but if he is, he’s not an obvious one, at least not any more.  He may profit off of Jess’s hard earned cash but he does so quietly at least.

Tell us your thoughts on Jess, Eric and their expanding family in the comments below!