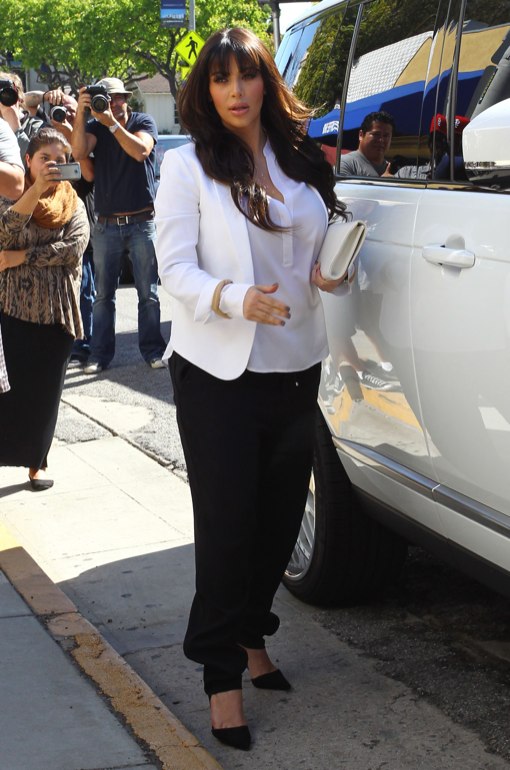 Kim was joined by her sisters Khloe, and Kourtney while visiting the famous Bel Bambini in West Hollywood, CA on Wednesday (March 13).

The pregnant Keeping Up With Kardashian’s showed off her new bangs while dressed in a white blazer with a blouse and black loose pants.  Khloe carried her new boxer puppy inside the store while Kourtney followed behind.

While inside, Kim started to compile her baby registry.

The mom-to-be, “was seen picking out only designer clothing,” a source told E! News, adding, “she kept the colors neutral, choosing mostly whites and cream-colored pieces.”

Rumor has it that Kim is expecting a girl. She is expected to give birth in July.

Camila Alves: “I Had a Really Tough Pregnancy.”