Camila Alves: “I Had a Really Tough Pregnancy.” 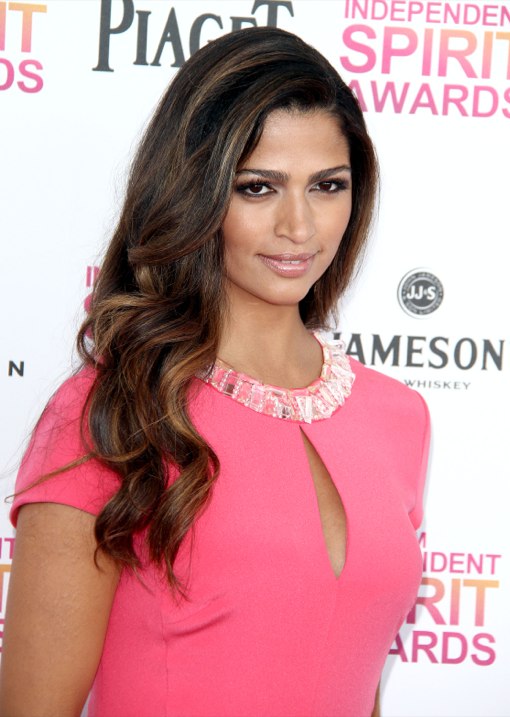 While appearing on The View on Thursday (March 13), Camila Alves revealed that her third pregnancy twas by far her most difficult.

“This time around it has been a really tough recovery. I had a really tough pregnancy. I had all kind of things happen,” the 31-year-old model and wife to Matthew McConaughey told of giving birth to their third child, son Livingston, in December 2012.

The doctor’s decided that Alves would need a C-section due to a medical diagnosis the star did not divulge on air.

“Throughout the whole pregnancy I had really strong pains and I kept telling the doctors. We kept trying to figure out what it was, what was happening. Nobody could figure out what it was. So, we ended up having to do a C-section. I told the doctor right before, ‘Once I’m there, just take a look because I know something’s wrong.’ They ended up finding all kinds of things in there that we had to take care of,” adding, “This recovery has been extremely hard because I had a C-section and then I had all these extra procedures.”

Mom also to Vida and Levi, Alves is still recovery from the c-section.

“I can’t even pick up my kids, really. I really have to be careful,” she explained. “I’ve got another four weeks to go.“

Tune it to the show to see the whole interview.