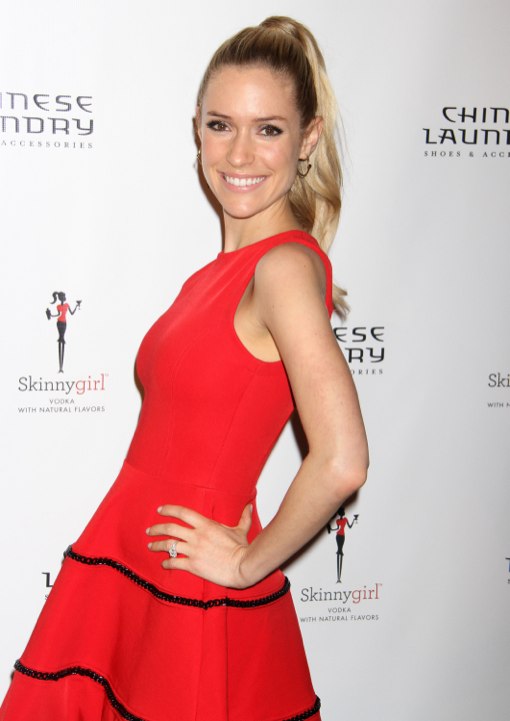 Kristin Cavallari has a teether on her hand!

The former reality star admits she and fiance Jay Cutler just noticed their son Camden Jack is teething because he hasn’t cried at all.

“He’s such a good baby,” Cavallari told while promoting her new GlamBoutique jewelry line. “I was just getting curious, so I put my finger in his mouth to feel around. I felt it and I was like, ‘Oh my gosh!’ We wouldn’t have even known that he was getting his first tooth [otherwise].”

“He started eating food a couple of weeks ago, which has been so much fun,” explains Cavallari. “He’s had everything: peas, broccoli, zucchini, carrots and avocados. He absolutely loves avocados!”

While she’s loving motherhood, Cavallari is looking forward to spending some quality time with her Chicago Bears quarterback beau on Valentine’s Day.

“I’m just going to cook dinner. It’s going to be a very low-key, romantic evening, which — for being parents — sounds amazing to both of us,” she jokes. “[We’re looking forward to] being in bed early and getting a good night’s sleep!”