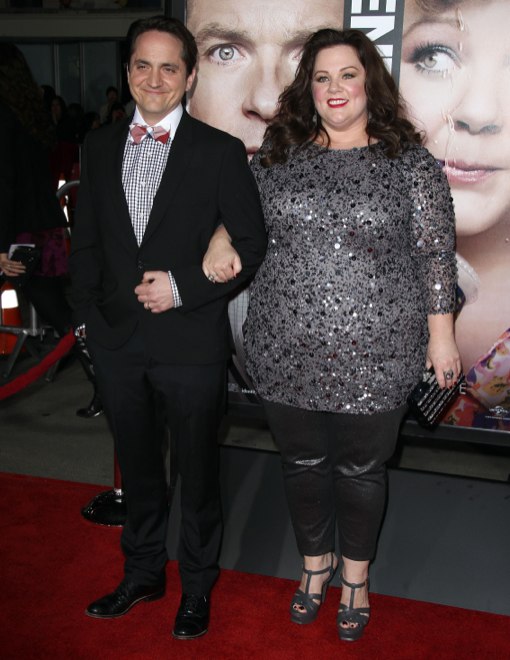 Melissa McCarthy‘s two children Vivian and Georgette with husband Ben Flacone are not fully aware of what she does.

“I don’t know that my kids for sure know what I do,” the actress told reporters at the L.A. premiere of her new film Identity Thief.

“There are one of these posters on the way to school,” she explained. “and they kind of go, ‘Hi, mama.'”

The comedic actress admits that her children are not allowed to watch her most famous movie, Bridesmaids in which she plays he raunchy future sister-in-law to Maya Rudolph‘s character.

“I have little tiny kids so they’ve seen Mike & Molly, but they haven’t seen Bridesmaids and they won’t see this for a while either,” the CBS star said of her new flick.